✕
By continuing your visit on this website, you accept usage of cookies or other tracers. To know more click here
When you navigate on our Website, subject to your possible refusal, some information may be stored or read through your browser. In order to function properly certain services need to store those cookies: Google Analytics in order to analyze your browsing behavior and allow us to measure the traffic on our Website, Twitter and Linkedin so that you may easily subscribe to our pages on these social networks. Do you accept the storage and reading of such cookies?
I accept | I refuse
Accueil  >  Actualités  >  Publications  >  All cybercriminals 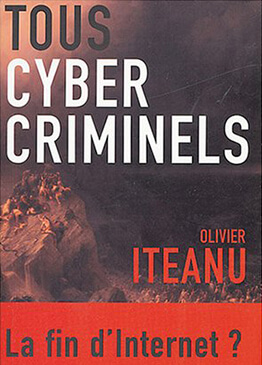 3.1.1 The cybercrime already has a history

3.1.3 Figures of the cybercrime, a reality difficult to ascertain and the marketing of fear

Scenario 3: The Erika, 6 dead without prescription nor coffins – The information attack on the networks

Scenario 4: You are not always who you think you are –  the identity theft, a new weapon to do evil

Scenario 5: The credit card that always says yes – an individual uses a false credit card and makes purchases online: the bank charges you for these purchases

Scenario 6: Viagra is beautiful –  the spamming

Scenario 7: They block France, let’s block their e-mail addresses – thousands of e-mails are simultaneously sent to the same recipient (the e-mail bombing)

Scenario 8:  Kevin Mitnick aka the condor  – an individual enters into your system intentionally and without authorization

Scenario 9: A little click that can cause a big shock –  an individual enters into a system through a vulnerability and remains in it

Scenario 10: 5 millions of credit card numbers stolen – A third party accesses to personal data in your system and downloads them

Scenario 11: Bouncing attack, a new game of cops and robbers – your system was used as a relay for attacking another system (the retention of connection data to demonstrate innocence)

Scenario 12: I love you- You receive a computer virus by e-mail (sabotage and destruction of data)

Scenario 13: French State is condemned for counterfeiting – a software without license in your computer (software infringement)

4 Thoughts  on the new Cybercrime

4.2The End of Hackers

4.3  The End of the Nation State? Technology as a defense rather than the Police?

4.3.1 Technologies to prevent and defend against cybercrime, and to prove and identify cybercrime

4.3.2 What are the Police and the Justice doing?

4.4 The end of Laws? Is the Law still credible?

4.4.3Which law to fight against cybercrime?

4.5 In conclusion, the End of the Internet?

6.3  The choice of the adequate legal remedy for the victim

Sorry, this entry is only available in French. For the sake of viewer convenience,... 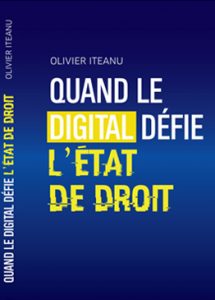 When the digital challenges the rule of law, by Olivier Iteanu, Eyrolles publishing Have... 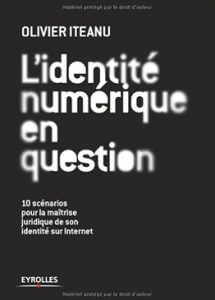 Juggling with usernames and passwords, keeping the control of personal or professional data that... 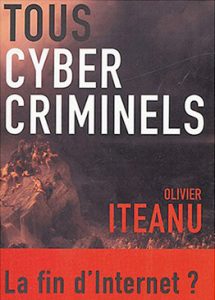 Get the latest updates on high-tech legal news